This is a tale of two determined souls setting off on a journey full of struggles, testing each to their limits and bringing them together in a partnership that might just be unstoppable.

Disclaimer**NO ANIMALS WERE INJURED IN THE CREATION OF THIS STORY AND NONE OF IT IS REMOTELY TRUE (probably).

The ever creative Emma at 'Fraidy Cat Eventing has come up with the brilliant idea of Eventing Bingo. You can see her blog for more details for the best blogging game evar!!!

For the following story, I am using the winning path on my bingo card with the following:
1.  In first place after dressage
2.  Cheap rail in stadium
3.  FREE SPOT
4.  Your horse was 'THAT' horse in warm up
5.  Went swimming on xc

First, let me introduce you to the main characters: 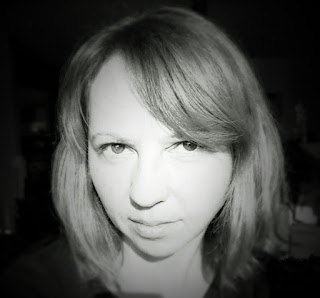 Not quite middle-aged mother of three (that bit is true) who has realised her dreams of eventing success and is moving up a level from Intermediate to Advanced and attempting to make the Olympic team (haha, not true). 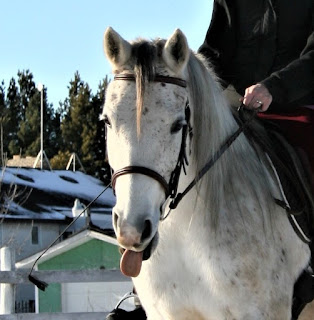 A plucky little Arab cross who can do so much more than any would expect.
Talent for DAYS and attitude to match (very true). Her canter pirouettes are on point and advanced level palisades make her yawn (maybe?).


Now we did not get to this day by accident. Many years of intense training in combination with a lucky windfall of money from LotoMax culminated to create the perfect opportunity for me to arrive at the Olympic qualifier, this year being held in Flin Flon, Manitoba.

As I drove up to the venue with horse trailer in tow, I could not help but feel the butterflies begin to stir in my stomach. I fought hard to relieve my nerves as I found Savvy's stall and tried to relax into the motions of settling in the night before our big day. 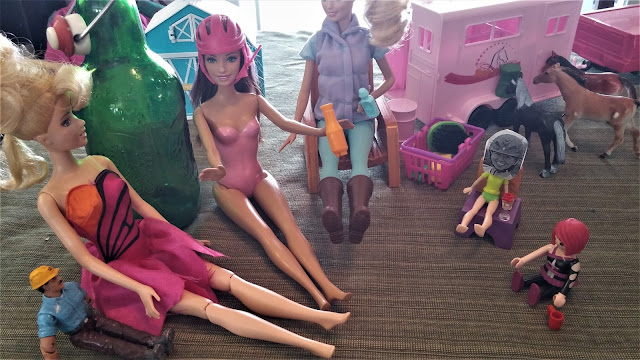 Once Savvy was safely tucked in for the night I was happy to run in to some friends I had competed with over in Boorghley the previous year. Nerves were high for us all but after a few mimosas we all relaxed into stories of past glories and funny mishaps. I knew it was only a matter of time before they got around to the retelling of my mishap from last year. I was three-quarters the way through on cross country approaching a jump with a deep ditch in front of it. Savvy was moving at a very good pace and I was feeling very optimistic of our placing. As we reached the jump and Savvy was about to take off, a bunch of ducks flew out from the ditch. Savvy's reaction was to jump even higher and as she landed on the other side, I was no longer with her. At the apex of the jump, she had been so high as for my vest to get caught on an overhanging branch and there I was, dangling in disbelief.

The embarrassing stories continued, but I had to call it an early night because I knew tomorrow would require my all. My dressage time was 9:00 am which meant a very early morning for me and Savvy. 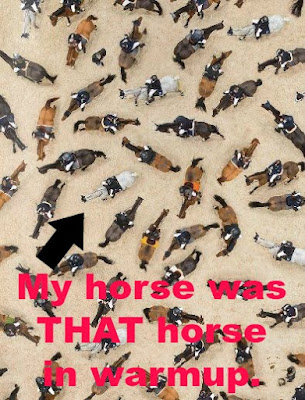 The early morning turned into a bit of a rush after I slept through my alarm and arrived at the barn an hour later than I had hoped. Nevertheless I hurried through getting ready and headed over to the warm up area. Sleeping in meant missing the earlier quiet time I was hoping for. It was much more busy but I found a spot to at least practice our halt. 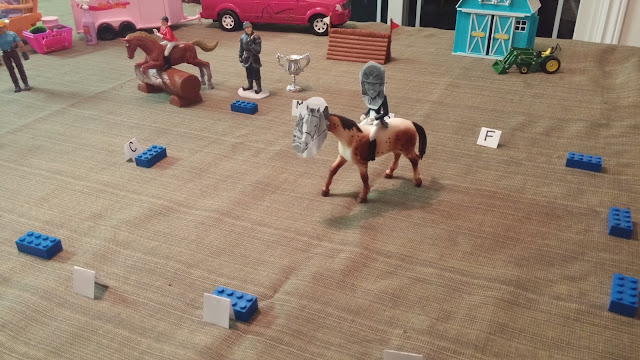 Upon entering that dressage ring Savvy felt like magic. All the outside world disappeared as we completed our personal best test. Every movement felt like perfection and we were really working as a team. Still, with our early go time I would have a long wait to hear how our scores would compare to the rest of the field. It would not be until just before stadium that I would discover Savvy and I were in first place after dressage!! 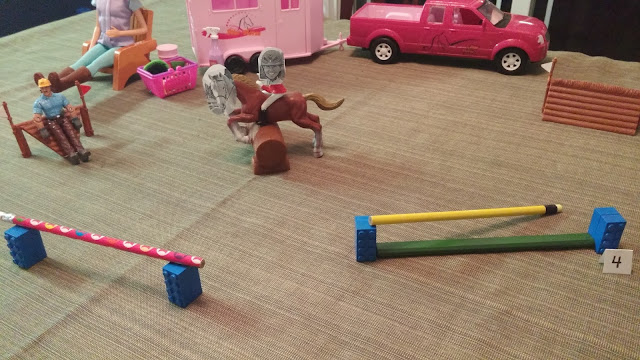 The high continued as we completed our round in stadium. Savvy was so adjustable and our round felt fantastic. I had not heard her touch any rails, so imagine my surprise when I discovered we had 4 faults. I just could not believe it, the rail on the fourth jump had come down. It was such a disappointment to have a cheap rail in stadium because Savvy had gone so well. Luckily many other riders were having trouble in stadium so we still had a chance.

After stadium, I was tied for the final qualifying spot. All I had to do was make it around xc and I had a chance to be on the Olympic team! 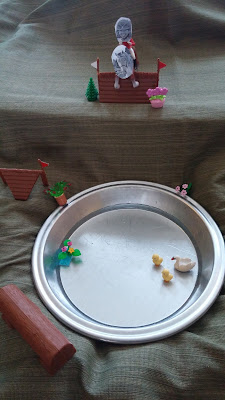 The cross country test was massive! Many of the obstacles were intimidating and required an aggressive ride to survive. Savvy was established in a good pace and she was eating up the jumps. The biggest test was yet to come with a huge jump down a bank into the water, with a massive log jump coming out of the water and a hairpin turn to a skinny and back up the bank. This would not only be physically draining, but very technical and would require damn good riding.

As we approached the bank I was feeling confident and knew we were going to kill this! But wait! What is that in the water...

As we splashed down into the water off the bank, a mother swan and her chicks were swimming by. The mother swan went into some sort of wild protect her babies mode and came after poor Savvy!

It all became a blur of splashing water, panicked horse, violent water fowl and then <splash!>. 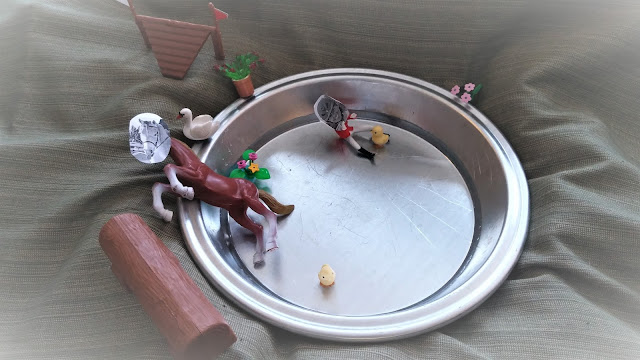 My Olympic dreams came crashing down like the water splashing down in the pond I was now in. I had not planned on going swimming on xc. 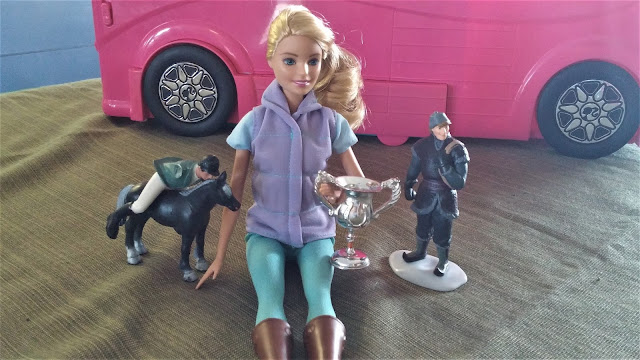 Even though my dreams were washed away I was so excited to watch my good friend receive first at the awards ceremonies. It was a tough course and I was very proud of my horse at this event. We may have been beaten by water fowl yet again, but my Olympic dream perseveres and I know we will get there, some day.
Posted by LandofWOZ at 07:05