Thank you everyone who has been so encouraging and wished me well for the Manitoba Equestrian Championships this past weekend! It must have worked--I had the BEST weekend! 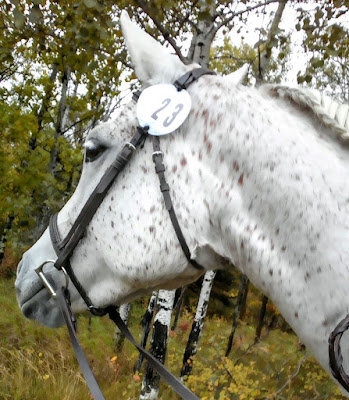 Friday night right after supper I was planning to trailer over, register and settle my fluffbum into the barn. Around 5:30 p.m. a massive thunder storm rolled in and put me back a few hours, but no worries--my teammates were already on site and had my stall bedded up and waiting for me when I got there. Savvy quite surprisingly was being chill about all of it. She loaded well in the rain and then happily settled in her box stall. I am sure she was just happy to be out of the rain and asking no questions.

The weekend for the eventers would run Saturday morning Dressage (starting with the highest levels and working down to starter) with cross country in the afternoon. There would be no stadium as the sand jumping arena on site was being used by the hunter/jumpers. Sunday would be an exact repeat of Saturday's schedule. There were two riders for each eventing level representing teams east and west. The four of us starters spent the entire weekend together and supported each other through all of it. Really we felt like just one starter team rather than rivals of east and west.

Luckily Saturday morning it was not raining and I arrived at the barn quite early to feed and get ready. I had plenty of time to prepare until I didn't. Despite our best efforts, all four of us ended up heading over for warmup with only about 15 minutes to ride before the first of our group would go in for their dressage test. Savvy was a bit nuts--snorting, arab tail up and prancing around the warmup ring in a floaty trot. I managed to get her responding nicely though and headed over for my test. Unfortunately heading over to the dressage ring was enough excitement to unhinge the wonder pony again and our test ended up being a bit...interesting. Entering at "A", Savvy was at a fabulous trot until she actually noticed the letter A and did an all-four-feet-out spook. I had to laugh and then got her back into trot and began the test.

Most of the test I simply tried to keep her with me as she was trying to look all around at the new view this arena had. She was really curled behind the vertical but I just was not able to push her up as she did not have the relaxation in her back and neck to be able to carry herself. So instead I focused on making the best of what horse I had and tried to make up points on accuracy in transitions, straightness and bend where applicable and enjoy the floaty trot this crazy pony was giving me.

After dressage I imagined we would have time to relax and have lunch before trailering over to the cross country field. That did not happen though. As this event was so big, the parking lot was packed. Most of the rider's trailers were blocked in and there was a bit of an issue of how to get everyone to the cross country field. We could ride if we wanted to, but it would be about a 15-minute ride along the park road with tons of traffic going by. I was fortunate enough to be able to get my trailer out, but once I got my horse over I was asked if I could go back and get one more horse that did not have a ride. It all worked out though and I still had enough time to get ready for my turn on xc even though I had missed lunch.

Really I had no idea how it was going to go for me and Savvy. Would she try stopping? Would I lose my marbles? Would the canteen still have taco salad in a bag when I got back?

Emma at 'Fraidy Cat Eventing had a timely post last week that was exactly what I needed hear and to address in my xc:
"The test is when you're out in the field and on the ground doing the work and things get hard. How do you respond and react?  Our response has to be to push forward with an infectious and relentless optimism."

And so I was determined to handle whatever might come and if things got ugly, just make it a damn good training moment and carry on.

We actually managed to canter out of the start gate and although Savvy felt a bit sticky at fence #1, she jumped it fine and suddenly all my worries lifted and I knew this was going to be a fun ride.

Savvy was ON and wanted to GO. Coming up to fence #2 she was a bit wiggly. She seemed to consider having second thoughts but I added leg and told her I was very sure we were going over and she obliged. We ended up having a  bit of a stuttered jump but I was just happy I had convinced her to play. The next few jumps were much better and I honestly felt like we were flying around the course and perhaps I was going too fast (haha, although upon seeing my video I did not look fast at all!).

Cantering through the bush over to the next field was no big deal (even though in the past, going through the bush typically was scary for Savvy). Our next jump had me worried but Savvy galloped up to it with ears pricked and no hesitations. She was getting hotter as we went and at this point we were headed right towards my trailer on top of the hill. Savvy really wanted to blast up that hill and it took a lot to get her down to trot for our very first up-bank. She had no trouble with it at all though and I was surprised how nice it rode.

Next was a tight turn and through a narrow path in the trees to #8 which was simply to ride through a big ditch. From there, we went back to the first field and finished over one more simple fence and a long gallop to the finish line.

I was so proud of this horse! This course felt incredible. Not just because she jumped all the things, but because of how we both handled it. When Savvy was not sure, I had the guts to ride and help her out. She is a strong-minded mare sometimes and feeling her listen to me and look for reassurance is pretty amazing. I am glad I had the courage to be the rider she needed. Yes the jumps were teeny-tiny for the most part but right now it has very little to do with height and more to do with building trust and technique. I need to know when we are coming at a solid fence, Savvy is going to put in her best effort. And Savvy needs to learn that if I point her at a fence, #1: I mean it. #2: It is doable and she can trust me.

As it turned out, the next day we woke up to poring rain. We did ride dressage as it had let up a bit by the ride times and Savvy and I did slightly better than the day prior. Cross country however ended up being cancelled but none of us minded. Everyone in our starter level had a great round on Saturday and we were happy with leaving it at that.

We are getting close to the end of one pretty amazing season. I have one more event in October which will be another fun derby that I will compete starter level in. I am looking forward to getting another 'good experience' under our belts before we transition into winter lessons at the indoor. It will be a looong time before we get out on xc again after the October derby!

Count down is getting REAL!

Most of this past month horse-wise has been frustrating and filled with uncertainty. But every ride brought Savvy and I one step closer to me feeling pretty secure and capable of a starter level event without embarrassing myself.

﻿
I was thinking, yyyaaaa...we can do the MEC event this weekend. I'm sure it will go fine. 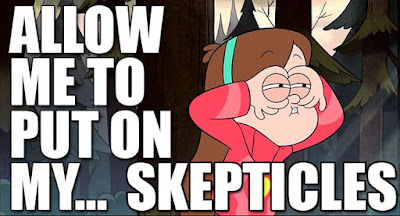 But now I am getting excited!!!!


MEC Y'ALL!!!!!! There is something about getting my ride times emailed to me that just makes it all very real, imminent and awesome!

Forecast for this weekend: rainy and cold. I don't even care. I am going eventing!
Posted by LandofWOZ at 09:57 7 comments:

Email ThisBlogThis!Share to TwitterShare to FacebookShare to Pinterest
Labels: eventing

When you start waking up already anxious before you even have time to make the morning coffee, let alone contemplate all the trials and tribulations in your life, you know there is a problem. 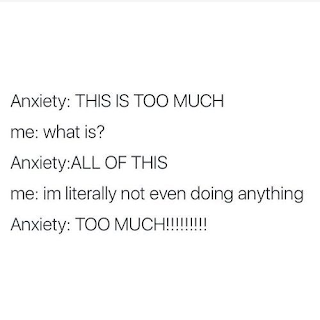 Thank you to those who gave advice and/or support. After my vacation and approximately one month off for Savvy, I suddenly found myself terrified.

Of what, I wasn't quite sure.

True, Savvy had gone a bit feral and had really slipped back in her jumping form and confidence, but really that was not worthy of causing this level of anxiety. She may be a complicated ride, but not a dangerous one at all.

It took a step back for a bit and sorted through what the heck was going on.  All the things that I have been dealing with (mostly involving my mother who has dementia) had kind of snowballed lately. I needed to put things in better perspective and let go of worrying about all the little things that did not need immediate attention. I forgave myself for not being able to do it all and do it best (best of who, I couldn't tell you).


And with the wonder pony, I grabbed up great advice to break things down and build back up slowly. I am happy to report Savvy is doing great and every ride is getting easier for me. We are still only at about 2 feet but there is real progress happening and we are almost back where we left off in July.

Grid work has been useful for helping Savvy remember what to with her legs (seriously horse, it was only a month!) and helping me focus on body position, counting strides and NOT grabbing mane (I seem to have developed a bad habit of grabbing those flowing locks of Savvy's like its my security blanket).

We have graduated to a nice little course of seven jumps that I have set up in a way that I can change up the order and work on different approaches.

Nine more sleeps until the Manitoba Equestrian Championships! I am really starting to look forward to it and I think Savvy and I are going to do just fine.