A Year In Review!

This has not been a year full of shows and ribbons and jumping progress like I had planned. Paired with disappointment and letting go came an unexpected incredible new beginning.

Lets have a look at where it all started:

APRIL 2015:
First show of the year with Miss Tea! We had a bit of time off mid-winter so were a bit under-prepared, but that's nothing new for me. It was an overwhelming venue but ended well - I won highpoint equitation and left feeling like this was going to be THE YEAR for me and Miss Tea. 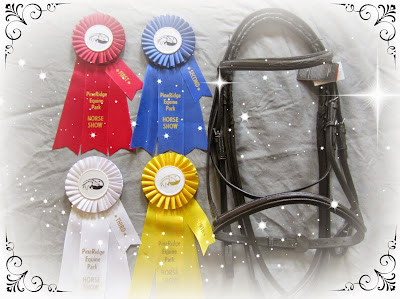 Also this month the kidlets started riding lessons and I promised myself to dedicate more time on training Savvy. 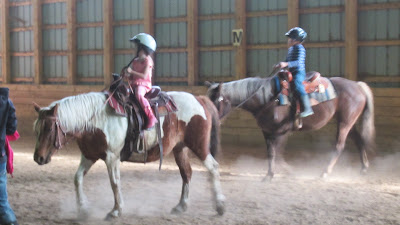 MAY 2015:
I was looking to keep the ball rolling with Miss Tea and entered a schooling show that was somewhat disappointing as it really highlighted our inability to canter a course. 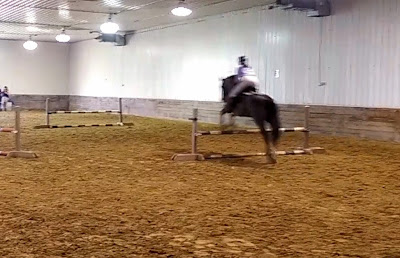 JUNE 2015:
June started off with a small local show (but is always a big deal because everyone you know is there and its not the place to be making mistakes --  horse people love horse gossip.) This show went well and on retrospect I think the fact that the footing was SO wet and deep that Miss Tea had no choice but to dig in and use her hind end which equaled much more stability and power and resulted in our first cantered course with no wobbles or tripping.

Also the best show of the season happened -- kids and mom showing together -- could life be any better?!! This was also the show where Miss Tea and I jumped perfectly with no anxiety issues on my part (kids are a great show distraction!) and I recall saying "That's it! That was so good I never have to jump again!" 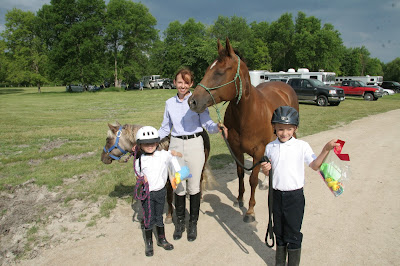 ﻿This was the month I also had the pleasure of meeting a talented dressage coach with a) a barn not too far for trailering. b) affordable lesson fees. c) a horse-minded training philosophy that was a must for me. It seemed like a good idea to get into a program with Savvy to keep me on track and give her the consistency she would need to be officially 'broke'.
JULY 2015:
Savvy attended her first show and I took in my first experience at a dressage show! It went so much better than expected and I kind of started to see how dressage could be appealing to some. 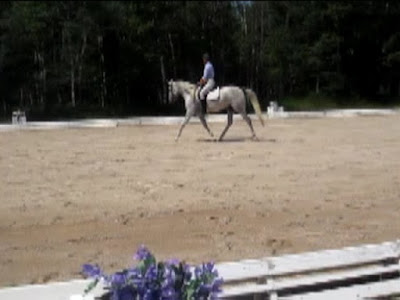 In July we also added a new set of hooves to the herd - Meyla! 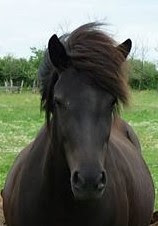 SEPTEMBER 2015:
The summer slipped away fast but there were still shows on the horizon and although I was starting to have serious doubts about Miss Tea's cantering abilities, I was still optimistic that I could teach her to use her body correctly for a more balanced, safe canter. Then the big trip happened. Not going to lie, my confidence dive bombed and the quiet struggle turned into a shouting wakeup call.
OCTOBER 2015:
My focus over the course of the year turned more and more on to Savvy and this was the month she
cantered with a rider! 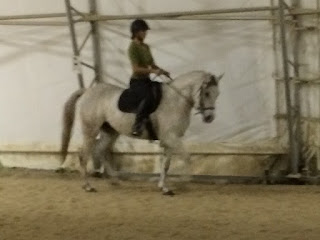 NOVEMBER 2015:
Reflection, tears, booze, and a decision. Riding a balanced greenie like Savvy just highlighted how off Miss Tea really was. It was so hard to let go of my simple little hunter dreams but having such a great little horse like Savvy to work with certainly softened the blow.
DECEMBER 2015:
Snow had me slowed down, but I am so excited about where Savvy and I are headed!
Another year has come and gone. It was not what I had expected, but I am learning to roll with things, listen to myself more and allow better things into my life. I am surprising myself to say I am hooked on dressage. I am a bit daunted though by just how much there is to learn.
I am literally starting on the bottom -- a horse that knows nothing and a rider that wishes she knew so much more...let's do this! 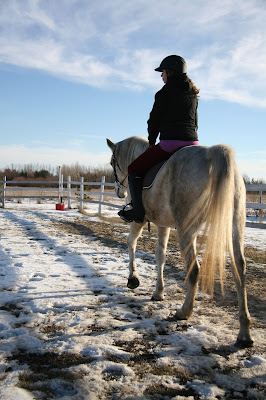