I had a nice long break between the xc and stadium to stew in my thoughts. Enjoying a lovely picnic with my kids in the box of my truck, and taking in the smells and sounds of the beautiful park around us, I found the perspective I was searching for. 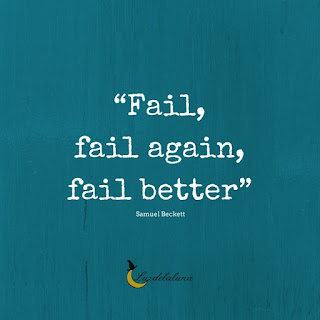 I decided to ask to be dropped to starter level for stadium which would max out at 2'3" (pre-entry was 2'6" with tons of fill) and moved forward with the plan to ride what ever horse Savvy would present as on course and school each moment to my best ability. Just take each challenge as it comes. Breathe.

It was outrageously hot out by warmup time. I wanted to give myself plenty of time to just putter around with Savvy and allow her to take in the sights in the different area jumping would be in. The plan seemed to be working out nicely and Savvy was happy to stand quietly in the shade while I watched other riders in the higher levels. Although the flat work I had done was lovely and relaxed, our first attempt at a warmup cross rail resulted in a refusal. This time though I laughed it off, trotted around and made her pop over.

The course was made up of decorative pony club jumps and standards. For my level however, there would be no fill or flowers. The first jump was a cross rail and the rest were verticals with the last jump being an oxer. None of it looked like it would pose a problem as long as I could set my nerves aside and ride properly. 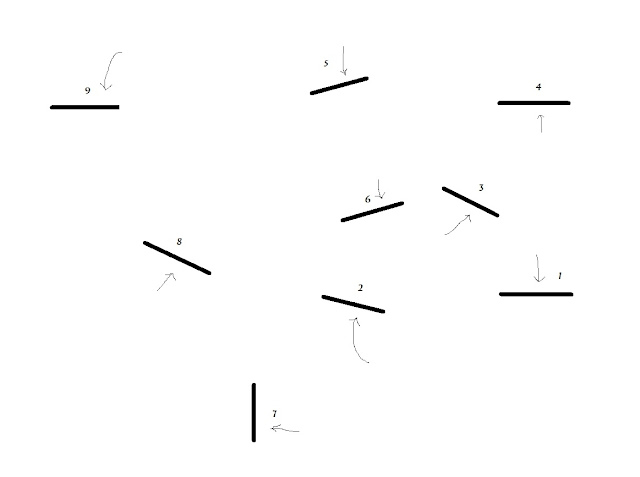 Once on course, Savvy had a good look at #1 but I got her over. Then #2 and 3 rode very well. Approaching #4, Savvy spooked at a dog running outside the arena about two strides out and ended up refusing. My mindset changed and basically I felt like enough already and made her get over the jump. For the rest of the course I was determined to make every jump happen. By jump #6, Savvy's mindset changed as well. I felt her relax and start approaching the jumps like she knew her job--really it was funny how we both shifted into competent horse and rider through the course. The rest of the jumps felt really nice. Even on the last jump, Savvy was about to have second thoughts because it was a bit more wide and higher than the rest but I kicked on and she jumped it nicely.

That course just felt so fun. I couldn't have cared less about the one refusal and this round was all about building back some confidence lost.

Heading home that evening I was definitely feeling much better, but still a bit at war with my emotions over quitting in xc. I felt like I had a choice in how to view the day, yet my emotions did not agree with my head. By morning I had resolved to make dressage count. I could say 'meh, what does it matter at this point' or I could make every effort because I chose to believe it mattered.

I put in a hell of a lot of time, money, sweat, tears, joy and passion into horses, so guess what?
It matters.

Being an overthinker truly is not fun, but sometimes it works in my favor. I can talk myself out of a funk just as easily as I put myself in one. By morning I was back to believing in this little hobby of mine and pulled out the white gloves. The ones my husband had bought me and I had never worn because none of my dressage tests had 'mattered' enough for white gloves.


Savvy got an early morning second bath and braided before getting back on the trailer for our 9:50 ride time.

I started the warmup ride at 8:30 and went through all the suppling exercises. The biggest problem in past tests (besides Savvy being too nervous) has been my own lack of riding because I was worrying about a nice seat and good equitation. 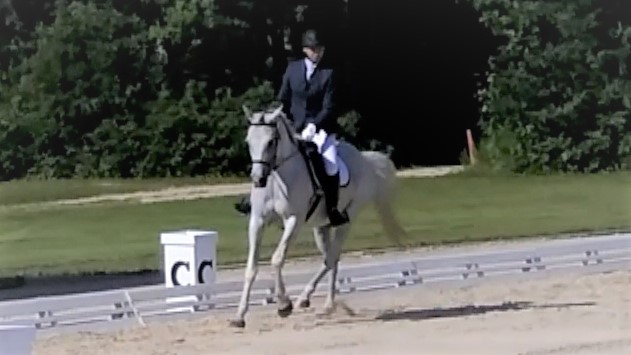 In focusing on this, I was not riding in a way that Savvy needs at this point--she is no where near invisible cues so what the hell I have been thinking riding like this, I really do not know... 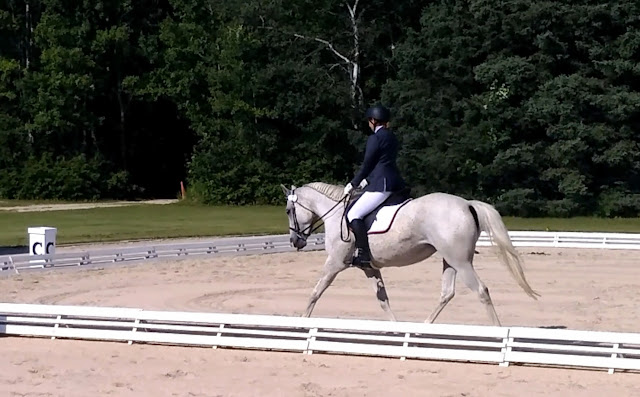 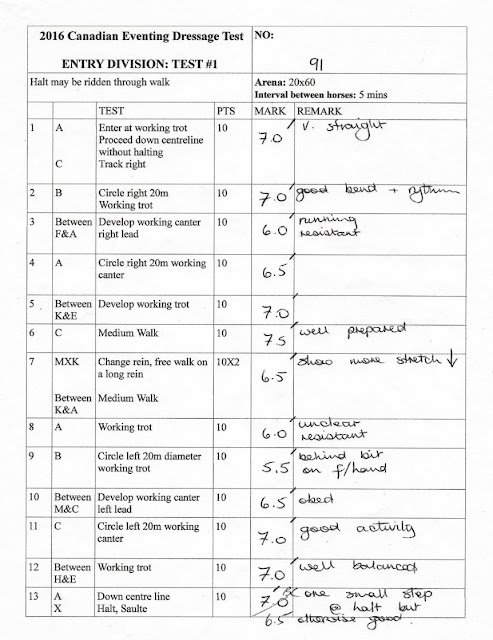 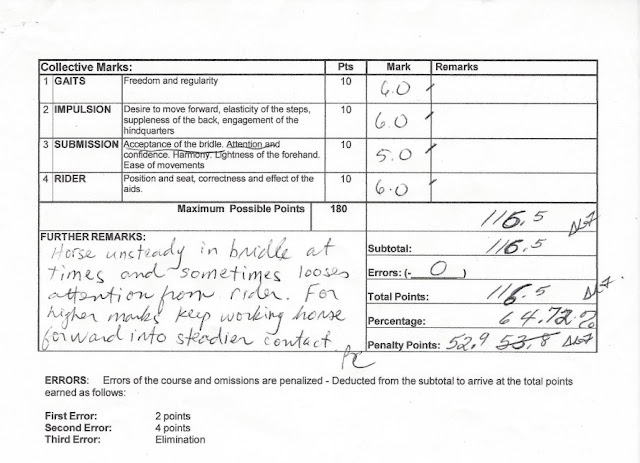 In this test Savvy rode like I have never felt her go before. We could not ride a straight line to save our lives, yet there she was, going straight as an arrow down centre line at a lovely flowing trot. She actually cantered in the right spots and held it for the right amount of time. Of course there was some unsteadiness and dodging behind the bit, but no where near like our usual. Really if the judge knew just how bad we can be, she would have definitely given this pony a gold star for her performance today. 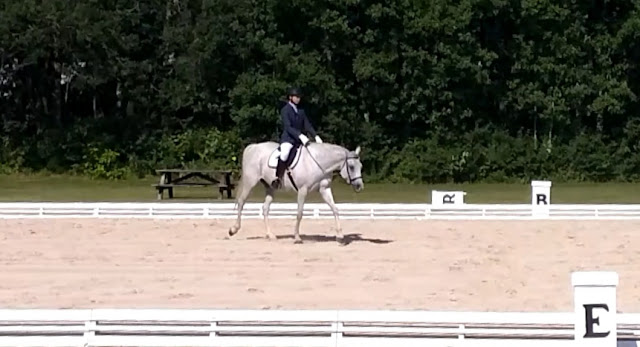 We struggled a bit on the free walk which is usually our best part of the test--Savvy just wasn't interested stretching down much but her strides were long, flowing and active. Our halt is also something Savvy usually excels at, but this time she stopped a bit oddly and I pushed for one more step to square things up a bit. From the comments I guess I would have been better off holding the original halt and not fussing. 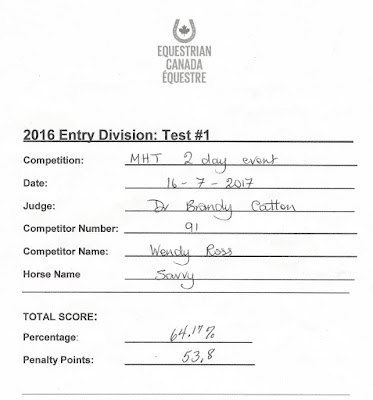 To compare, this is score is a full 10% higher than my last attempt at dressage.

This strong test worked wonders for the negative feelings left over from the day before. Savvy and I are improving. And jumping will improve, eventually.